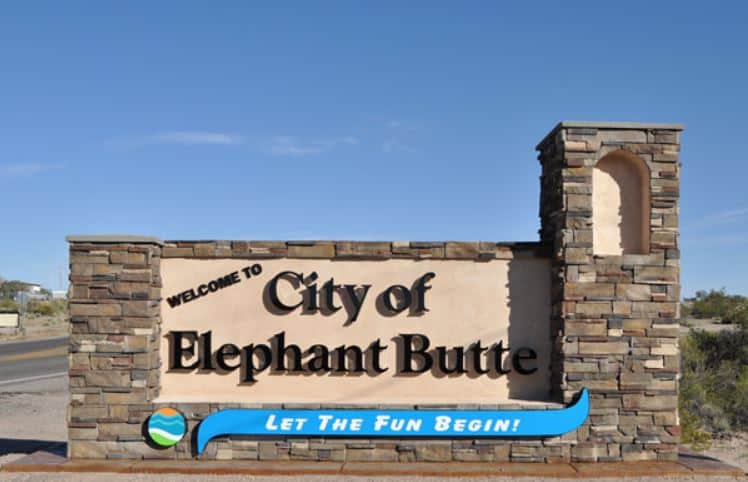 During the May 19 Elephant Butte City Council meeting, councilors heard a presentation from the city’s outside auditor on the 2019-2020 year-end audit.

A resolution affirming that the mayor’s and two councilors’ seats are up for election in the fall was approved. However, the resolution will have to be amended—Councilor Gerald LaFont resigned at the end of the meeting.

In an open session following a two-hour closed session, the council approved a preliminary budget for the 2021-2022 fiscal year.

Ashley Tierney of Beasley, Mitchell & Company of Las Cruces, was the city’s outside auditor for the fiscal 2019-2020 year-end audit. Tierney reported that the city only had three “findings,” or violations of accounting practices. This performance compared favorably to 11 findings the year before and 18 findings in fiscal year 2017-2018.

The three findings were “repeat findings” from the 2018-2019 audit. Tierney said “it is quite common” for a finding to take two or three years to “clear up.”

The first finding concerned lack of authorization for expenditures. In six out of 25 samples, purchase orders were missing required authorization signatures.

The second finding involved cash management. Beasley said a “three-way check” was made, comparing cash in the general ledger, reconciled bank statements and the year-end financial report submitted to the New Mexico Department of Finance and Administration. The three cash balances did not match, which Beasley attributed to “older general ledger entries” that “have been forgotten” and need to be investigated and “cleaned up.”

“I am very pleased with the improvements made,” Beasley said, and praised the Elephant Butte staff’s hard work.

After a closed executive session, the city council approved the 2021-2022 preliminary budget, which is due at the Department of Finance and Administration on June 1.

The preliminary budget listed revenues and expenses by department and did not state a total budget figure.

The higher-than-expected revenue can be attributed in part to elevated local and state Gross Receipts Taxes.

The city is conservatively estimating GRT revenue for the upcoming fiscal year—expecting to bring in about $40,000 more than last year’s receipt of nearly $301,200.

The city projects receipt of $150,000 from the federal “Coronavirus Relief Fund” in the upcoming fiscal year. Those monies will be placed in the General Fund.

General Fund expenses for the upcoming fiscal year are estimated at nearly $1.58 million, about $550,000 more than the estimated revenues. This year’s budget set General Fund expenditures at $1.3 million. The ending balance for this fiscal year is expected to be about $268,400. The ending balance of General Fund next year is expected to be about $45,500, since higher spending will deplete the cash reserve.

The General Fund will again support operations, maintenance and repairs at the Sierra del Rio Golf Course, as it has since the city was given the property in 2018. This fiscal year the city paid Spirit Golf $240,000 to manage the property; in the upcoming year the management fee will be reduced to $216,000. Spirit Golf’s five-year contract with the city stipulates that the company’s fee will decrease each year.

Elephant Butte has also budgeted $125,000 for repair and maintenance of the golf course and buildings, bringing the city’s total General Fund support of the facility to $341,000.

A total of $495,328 is budgeted to be transferred out of the General Fund in the upcoming year. Transfers include $30,000 to the Law Enforcement Fund. The city contracts for policing services with the Sierra County Sheriff’s Department.

About $124,328 will be transferred out of the General Fund into the debt fund to pay off past loans, according to Elephant Butte City Clerk and Treasurer Rani Bush.

The upcoming year’s budget projects over $3 million in capital projects, compared to nearly $643,000 this fiscal year.

The revenue sources for the projects are expected to be nearly $2.2 million in state grants, $550,000 in state “legislative appropriation” funding and about $247,000 in local funding.

The expansion of the wastewater system will continue, with $400,000 expected to be spent this fiscal year and $550,000 in the upcoming fiscal year.

A $1.2 million project to improve the water system will be undertaken in the upcoming fiscal year. There were no such capital expenditures budgeted in the current fiscal year.

The city budgeted $15,000 for an off-road vehicle park this fiscal year and the same amount for the upcoming fiscal year.

Warm Springs Boulevard will be upgraded at an estimated cost of $460,000, to be spent in the upcoming fiscal year.

Expenditures on the Michigan Drive road project are estimated at nearly $230,000 this fiscal year and about $753,000 in the upcoming fiscal year.

An estimated $25,000-plus will be spent on Mescal Loop, another road project, in the upcoming fiscal year.

Elephant Butte no longer runs its own elections. The city council opted to have Sierra County’s Clerk run its elections when state election laws changed in 2019, giving local governments such a choice. The local government is still required to pass a resolution stating what positions are open in the general election, to be sent to the county clerk, who forwards it to the New Mexico Secretary of State.

At the May 19 meeting council approved an election resolution that lists three open positions:

• a city council seat currently occupied by Gerald LaFont, who has resigned as of July 1. His elected replacement will take office January 1, 2022 and fulfill LaFont’s remaining term, which ends Dec. 31, 2023.

According to Councilor Mike Williams, the city council agreed to appoint someone to govern in LaFont’s place in the intervening six months, from July 1 to Dec. 31. The city council held this discussion in open session following a two-hour closed executive session, Williams said.

Gerald LaFont resigned at the end of the first open session at the May 19 city council meeting. He read a letter he had prepared, addressed to the city council and mayor, according to Bush.

The letter stated he had carefully considered the decision before resigning and that it had been a pleasure to serve on the city council. He gave no reason for his resignation, but it is known he recently had back surgery.

LaFont served on the city council for 15 years, according to Bush. He did not respond to the Sun’s request for comment.

TAGS: elected officials | elections | finance
author
Kathleen Sloan is the Sun’s founder and chief reporter. She can be reached at kathleen.sloan@gmail.com or 575-297-4146.
Share this:
HAVE YOU SEEN?