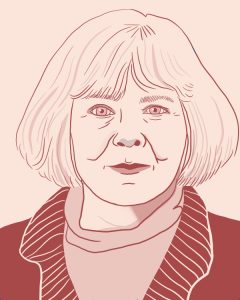 Diana Tittle is co-leader of the Sun’s editorial team and secretary-treasurer of the Sun’s board of directors. After earning her master’s degree in journalism at Northwestern University, she served at various times in her 42-year career as a writer, editor and publishing consultant based in Cleveland, Ohio.

Tittle started out as a daily newspaper reporter in a satellite community of Cleveland, then became an associate editor of the monthly Cleveland Magazine. She went on to help launch Northern Ohio LIVE, an arts and entertainment magazine, of which she was the founding editor and co-publisher. She subsequently founded Octavia Press, a small book publisher. Its most popular title was “Superman at 50: The Persistence of a Legend,” which examined the reasons for the enduring popularity of a seminal comic book hero created during the Great Depression by two Cleveland high school kids.

In the second half of her career, Tittle wrote, edited and/or produced more than a dozen books. She is a recipient of the Cleveland Arts Prize for Literature for her nonfiction reportage on urban affairs.

One of her primary roles at the Sun is to identify and train Sierra Countians with research, writing and graphics skills to become contributors to the publication. For example, the digital portrait of Tittle that accompanies this bio was created to showcase the work of graphic artist June Jewell, a new resident of Truth or Consequences.