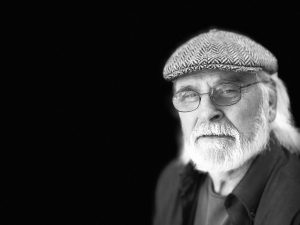 John Johanek spent 40 years in publishing. Starting in 1974, he was art director at Great Lakes Sportsman Group, publishers of regional outdoor magazines in the Midwest; then worked as art director for New Shelter produced by Pennsylvania-based Rodale Press; and next as art director for Popular Mechanics in New York. His work earned numerous national design awards.

In 1987, Johanek formed Publication Design, Inc. He spent the next 25 years serving clients in more than 40 states and a dozen countries, including France, Thailand and the Czech Republic. His firm earned the highest honors for magazine design excellence, most notably, the Gold Ozzie and Grand Apex awards.

Johanek has written numerous articles on the fine points of magazine design for leading industry magazines. He was a regular contributor to Folio—the magazine of magazine management. In addition, he has presented hundreds of design seminars and workshops for major trade conferences, publishing organizations and private publishers stateside and internationally.

He and his wife Durrae have authored two books on Montana (his home state): “Montana Behind the Scenes” and “Montana Folks.”

For the past several years, Johanek has pursued his passion for art. An accomplished portraitist, he and Durrae, a fiber artist, operate Zia Gallery in Truth or Consequences, a showcase for their work.