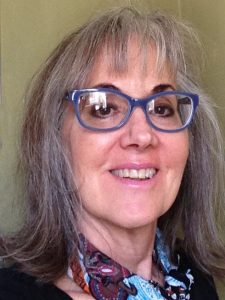 Kathleen Sloan is an experienced journalist and co-leader of the editorial team of the Sierra County Sun, which she founded in 2019.

As a reporter for the Herald newspaper in Truth or Consequences from 2006 to 2013, she covered the City of Truth or Consequences, the City of Elephant Butte, the Village of Williamsburg and Sierra Vista Hospital. In addition, Sloan wrote about the local arts scene and investigated water and environmental issues. In 2013 she won the New Mexico Press Association award for best environmental writing. Her piece, “Year’s End, Water Issues: Drier and Dire,” focused on the lack of governmental planning leading to waste.

After leaving Sierra County, she reported for The Hawkeye in Burlington, Iowa, the state’s oldest paper, covering the city and county for nearly three years. The Iowa Press Association awarded her best news story in the large-paper category in 2015 for her article, “Why is Burlington Broke?” It gave a 10-year overview of city council financial decisions and their cumulative effect on current finances. Nine people ran for one open city council seat shortly thereafter, many citing her news stories as spurring their desire to serve.

The Iowa Associated Press Media Editors awarded her first and second place for investigative reporting in the large-paper category in 2015. One investigative series showed how the Burlington City Council allowed the airport to encroach on a residential neighborhood, destroying residents’ peace and health. The other investigative series compared the Des Moines County Attorney’s spending to two other county attorneys’ in jurisdictions of like size, revealing the former’s expenditures were nearly $500,000 higher. Her research also revealed that the county attorney had inflated his prosecution case numbers to rationalize his budget. He subsequently resigned.

Moving to Vero Beach, FL, in 2016, Sloan wrote long-form, investigative articles about the local school district and county for Vero Beach 32963 for over three years. She returned to Sierra County to renovate her house, while ruminating on the obvious need for a government-watchdog newspaper. By August 2019, she had enlisted Susan Christie’s and Bill Brown’s aid and the first incarnation of the Sierra County Sun was launched online.