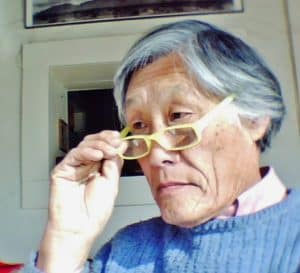 Sun board president Max Yeh has lived in Hillsboro, New Mexico, for more than 30 years after retiring from an academic career in literature, art history and critical theory. During this time, he has served as the assistant fire chief and was twice director of the Hillsboro Community Center. He is co-founder of the Hillsboro Library, La Olla, the Hillsboro Common Table, the Arrey Food Pantry and the Percha/Animas Watershed Association. For his work to prevent the reopening of Sierra County’s Copper Flat Mine—a project that threatens to degrade the Animas Creek/lower Rio Grande watershed—the New Mexico Environmental Law Center awarded him the Griff Salisbury Environmental Protection Award in 2018.

Yeh’s third novel will be published next year. His first novel, “The Beginning of the East,” which was nominated for a National Book Critics Circle Award, will be reissued next year.