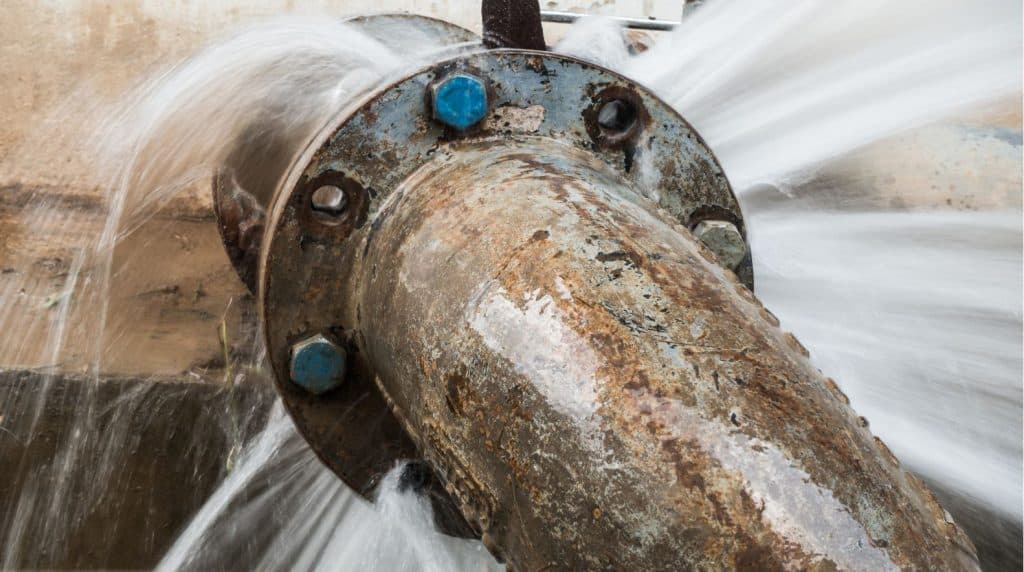 Truth or Consequences Water and Wastewater Director Jesse Cole broke his silence at the city commission meeting on March 10 on various water issues raised by the Sierra County Sun in two recent articles.

Cole, who declined multiple requests from the Sun for interviews and information, spoke for nearly an hourat the meeting. He has not reported on the city’s water and wastewater repair and replacement plans, if they exist, in the 18 months the Sun has been covering the city beat.

Cole first addressed a cluster of water main breaks that occurred between Feb. 23 to Feb. 26. He explained changes in water pressure caused by pumps shutting down and starting up at too high a pressure creates the domino effect of one break after another. Isolating runs of pipes by shutting off valves also increases water volume and pressure, Cole said, contributing to clustered breaks.

Over the three days, five sites needed emergency repairs at the same time, Cole said, requiring workers to put in 35-hour shifts to fix the breaks.

Cole and Acting City Manager Traci Alvarez said the Sun was incorrect in stating that water main breaks such as these had escalated over the last 14 months. Residents are now informed of breaks on the city’s Facebook page, they said, and more information is creating the perception there are more breaks.

Cole and Alvarez did not cite a source on which they based their claim that breaks have not escalated.

The Sun based its reporting to the contrary on the only documentation available, the aforementioned Facebook posts by Public Information Officer Erica Baker, the city’s deputy police chief. The Sun’s Inspection of Public Records Act request for data about water main breaks and water loss was returned with the response that “no such documents exist.”

The fact that the city is not documenting water-main break frequency, site location, pipe material and age means that valuable information is being lost, according to a comprehensive study, “Water Main Break Rates in the USA and Canada,” published in 2018 by Utah State University’s Buried Structure Laboratory.

Water Main Break Rates in the USA and CanadaDownload

“The most important and critical factor used to quantify the condition and occurrences of failing underground pipe networks is water main break rates,” asserted the study’s author, Steven Folkman, a USU professor at Utah State professor of mechanical and aerospace engineering.

“Empirical data on water main breaks helps utilities in their repair and replacement decision making processes in order to deliver clean drinking water to their customers at an affordable price,” Folkman stated.

If the frequency of T or C’s water line breaks is not increasing, it would be an outlier among U.S. and Canadian cities. Comparing the 2012 and 2018 data, Folkman found that water main breaks have increased from 11 breaks to 14 breaks per 100 miles of pipe per year, mostly due to aging cast iron and asbestos concrete pipes that should have been replaced.

“Many studies show that water rate breaks increase exponentially over time (Kleiner, 2002),” Folkman wrote. “Certain utilities could experience the need to accelerate the rate at which they are replacing cast iron and asbestos cement water mains. If a break rate doubles, the economic impact is significant; one would need to double the number of personnel repairing the breaks along with supplies, while loss of treated water increases, and societal impacts could be drastic.”

Going by the city’s Facebook posts, water main breaks occurred in 38 locations in 14 months. Cole said the city has 80 miles of water pipes. Even taking into account Folkman’s finding that smaller cities have twice the breaks of large cities, the city’s informal information indicates local breakages are well above the norm.

Director Cole informed the city commissioners that the water main breaks are “nobody’s fault” and “nothing can be done.” He advised them that the cycle of breaks will continue to occur, because “you can’t drop 80 miles of pipe into the ground all at once.”

According to Folkman, water and wastewater departments should develop asset management plans that replace underground pipes before their life expectancy expires, or otherwise expect water losses and expensive emergency repairs. His studies give a wealth of information on pipe materials and their life expectancy, as well as soil corrosion factors to help communities choose better replacement pipes and create better replacement schedules to resolve the increasing problem of infrastructure neglect.

Losing water in any form is bad, but losing treated water is more costly, Folkman pointed out. Yet, like Truth or Consequences, many utilities do not track water loss due to water main breaks and cracked pipes. Many of the utilities surveyed only keep records on billed and unbilled water, which is T or C’s methodology.

Folkman examined data from utilities that track water leaks and water losses, allowing him to estimate that a 10 percent water loss from leaks is average. T or C appears to be losing more than the average amount of water to leaks and cracks.

The 2019 update of T or C’s 2015 water system study reported the city was losing 40 percent of its water due to leaks. Director Cole and then City Manager Morris Madrid refuted that figure, without providing hard data to the contrary. Their refutations were made during town hall meetings last fall.

The meetings were held to determine how much water rates would need to be increased to enable the city to qualify for a combination grant/loan from the U.S. Department of Agriculture’s Rural Development branch for nearly $10 million. The funding will be used to replace downtown water lines and upgrade the Cook Street chlorination plant.

Although this project is still in the design phase, the city raised water rates about 50 percent last July, with further increases to be made yearly, based on the cost-of-living index and other factors.

At the March 10 meeting, Acting City Director Alvarez handed out to the commissioners the first capital project report in 18 months, which included the city’s current water system projects. The one-page document was not made available to the public; the Sun obtained a copy from City Clerk Angela Torres later in the week.

A “Citywide water preliminary engineering report” has been completed at a cost of $99,000, Alvarez’s capital project report states. It has been submitted to the New Mexico Environment Department for comment. No details were provided about whether the engineering report includes a replacement and repair plan.

The city is presently undertaking eight water system projects, according to Alvarez’s update. City officials have never made clear what rationale or master planning is governing the priority and timing of the projects. What is known is that wastewater pipe replacement is not being considered alongside water line replacement. If wastewater improvements are subsequently undertaken after the waterline projects are completed, it is likely taxpayers will pay more than double the cost: double mobilization of equipment, double shipping and trucking of materials, double the engineering fees, double staff administration time, double the road tear up and repair.

After dealing with the issue of waterline breaks, Director Cole addressed questions raised by the Sun about status of the city’s southern well field. His remarks will be covered in the second part of this series, to be posted tomorrow.

Share this:
author
Kathleen Sloan is the Sun’s founder and chief reporter. She can be reached at kathleen.sloan@gmail.com or 575-297-4146.
DON’T MISS!