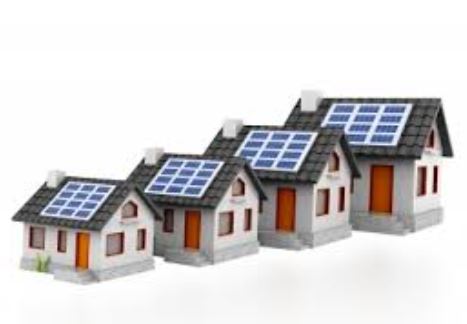 "Like it or not, [private] renewable energy systems are coming . . . all utilities see this coming. I don’t want T or C to put limits on size. It makes us look antiquated," argued PUAB Chairperson George Szigeti at the advisory board's last meeting in a vain attempt to change city policy. Source: SolarNation

At the most recent meeting of the Truth or Consequences Public Utility Advisory Board, the majority voted to reject lifting limits on renewable energy systems, despite their chairperson’s and two local residents’ cogent arguments for allowing businesses and homeowners to have bigger systems.

The 2014 ordinance, which limits the size of private renewable energy systems to protect the city’s monopoly on electricity production for T or C residents and business owners, will stay in effect, unless the city commission decides to override the PUAB’s and Electric Department Director Bo Easley’s recommendations. Currently systems must be sized at 90 percent of the owner’s previous year’s use of electricity bought from the city-owned utility. Any new construction—new homes or businesses—cannot install a renewable energy system until they have established their baseline usage by buying a year’s worth of electricity.

More than a year ago, T or C residents Ariel Dougherty and Ron Fenn approached the utility board with a request that the 90 percent limit on solar production be lifted. They submitted research and analysis that were largely verified by PUAB Chairperson George Szigeti, who argued for lifting the restriction at the board’s March 15 meeting.

Throughout Dougherty’s and Fenn’s year-long interaction with the PUAB, the major sticking point was the claim that the limit could not be lifted because it would threaten the city’s contract with Sierra Electric Cooperative. The city buys electricity from Sierra Electric at a wholesale rate.

About 2,250 additional homeowners and businesses would need to install solar systems to produce 10 million excess kilowatt hours. Dougherty pointed out it took about seven years for the 54 private solar producers to all come on line, and that it would take many more years, if ever, before there were 2,250 private producers in town.

Dougherty’s, Fenn’s and Szigeti’s evidence and arguments did not sway Electric Department Director Easley and a majority of the PUAB members. The board passed a motion three to two to keep the 90 percent restriction in place.

Before the vote, Easley and Szigeti squared off on disallowing installation of renewal energy systems on new buildings. Easley insisted that the building had to go up and the owner had to establish a one-year history of electric use before applying to the city to put in a renewable energy system.

“You’ll end up retrofitting,” Szigeti said. “Which is more expensive. . . . Like it or not, renewable energy systems are coming . . . all utilities see this coming. I don’t want T or C to put limits on size. It makes us look antiquated.”

Szigeti may be referring, in part, to the recent New Mexico legislative session that saw the consideration of several bills encouraging the transition from fossil fuels to renewable energy sources. Senate Bill 84, the Community Solar Act, is on Governor Michelle Lujan Grisham’s desk. It will allow community members to subscribe to a large solar array, similar to owning stock in a company, but the dividend is a smaller electric bill, with less costly energy coming from a renewable source. It would appear that T or C residents cannot take advantage of the legislation, if it is signed by the governor, since the city-owned electric company controls who may hook into its electrical network and likely would not allow the competition.

PUAB member Ron Pacourek responded: “I don’t care about what others are doing.”

“Do you want people to move to this city?” Szigeti asked. Pacourek did not answer.

“You were for the 90 percent restriction,” Pacourek said to Szigeti, pointing out the PUAB chairperson had spearheaded the 2014 ordinance. “What’s changed?”

It is a citizen’s advisory board that was created to give residents and businesses a voice in the management of the city’s utilities.

Dougherty had pointed out earlier in the meeting that the PUAB is not representative of the people and does not often solicit or act on citizen input. It has historically long been an all-male board comprised primarily of retired city workers, Dougherty said.

The current board has two retired city workers: past Electric Department Director Gil Avelar and past Streets Department Director Don Armijo. The private citizens on the board are Szigeti, Pacourek and Jeff Dornbusch. Dornbusch voted with Szigeti to amend the 2014 ordinance and lift the restrictions.

Easley had argued that even the 90 percent restriction is not limiting enough. In his opinion the 2014 ordinance should have mandated that private systems could produce no more than 80 percent of the owner’s previous year’s electricity consumption. If the 90 percent restriction is enforced, he said, there should be no excess electricity put on the grid by private solar producers. “They’re [private solar system owners] cheating,” Easley claimed.

Szigeti pointed out the city determines the 90 percent usage baseline and draws up agreements with the private solar producers. If they are overproducing, “it’s with the blessing of the city,” Szigeti said.

Electric department staff does not determine the size of private renewable energy systems property owners may install. According to the city’s December 2020 quarterly budget report submitted to the New Mexico Department of Finance and Administration, the electric department budget includes $142,000 to pay outside contractors. Steve House of Triple H Solar in Rio Rancho is among them, according to city documents obtained by Fenn via an Inspection of Public Records Act request. House is paid about $60,000 a year to determine the size of renewable energy systems allowed T or C citizens, among other work.

TAGS: infrastructure | policies & practices | public boards
Share this:
author
Kathleen Sloan is the Sun’s founder and chief reporter. She can be reached at kathleen.sloan@gmail.com or 575-297-4146.
DON’T MISS!

After five years, Truth or Consequences will re-examine its renewable-energy ordinance—Is it too limiting?

​Community activist Ariel Dougherty has approached the City of Truth or Consequences to amend its renewable-energy ordinance, pointing out the need for the City to…

Public Utility Advisory Board has seats open, or does it?

The Public Utility Advisory Board has three seats with terms expiring, but will the City Commission open up those seats or let current members serve…