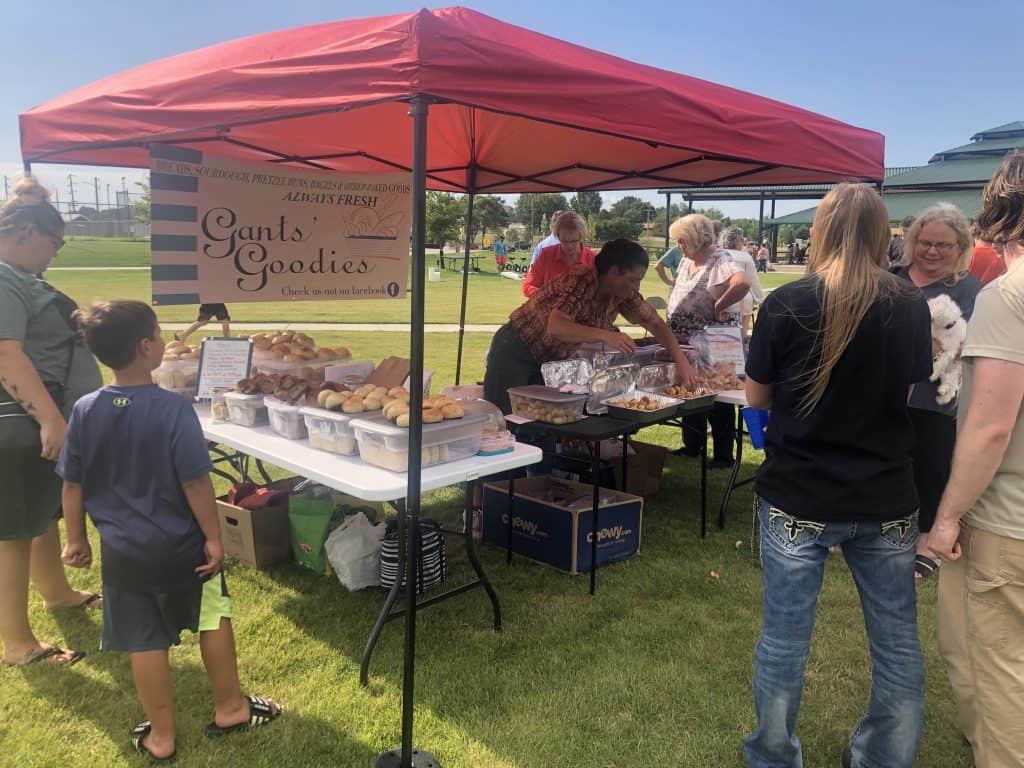 What is food freedom? In many states, that means the freedom of citizens to make, sell and purchase homemade goodies that are shelf stable without extensive government regulations. The laws are typically known as “cottage food” laws, and they often mean economic freedom for many low-income single women living in rural areas, as well as immigrants, and retirees. In recent times it’s meant even more to people who have suffered job losses due to COVID-19 shutdowns, during food shortages and hoarding. I have personally benefited from relaxed Cottage Food regulations in other states.

My husband and I both lived in North Dakota, where we both worked in the Bakken oilfield. He is a mechanic and I am a regulatory and safety consultant. As was true for many other people, 2020 was very hard on us.

I typically get laid off in the fall and called back in the spring, but not in 2020.  The unemployment ran out sometime last spring, so I decided to start baking and selling my goodies at farmer’s markets. In North Dakota, that is legal. There are no licensing regulations; no rules about where I store my foods; virtually no governmental barriers at all to doing my thing. All I had to do is follow some simple rules, and I could just start baking and selling.

That was a godsend to us because I was able to make a living. My sourdough bread and other baked goods became popular all over western North Dakota in a short time. When we would go to our home in Wyoming, I could do the same. The laws in both states are supportive of cottage food producers.

In December of 2020, my husband and I purchased his mother’s small pecan orchard in Cuchillo, NM. I really thought I’d be able to continue baking out of my home kitchen and selling in the Sierra County area. I was wrong.

As I had done in North Dakota and Wyoming, I researched the regulations for cottage food before I just started selling my goodies here. To say they were confusing would be an understatement. In my former career I read and interpreted extremely complicated regulations for a living, but the cottage food regulations in New Mexico had me scratching me head. They are akin to commercial kitchen regulations and nearly impossible for a home baker like me to follow.

Some time in February I saw a post on Facebook about House Bill 177, the Homemade Food Act. Written by Erica Smith, the senior attorney for the Institute of Justice, a national law firm that describes itself as a champion of liberty, the post invited New Mexico cottage food producers to tell their stories to win in support for the bill’s passage, and that’s how I became involved in advocating for it. I never intended to dive into New Mexico politics, but that’s what I did. If you don’t like a law, do something to change it.

One of the things I did was to reach out to our local state representative, Rebecca Dow. She was very responsive, even when the legislature was in session. Representative Dow told me that she has always supported this bill every time it’s been introduced. She also got to work, helping gain support for HB177 from other House members.

New Mexico’s current cottage food regulations are burdensome, hard to interpret and almost impossible to meet. The current law requires an expensive and time-consuming licensing process, which includes submitting engineered drawings of plumbing in home kitchens, undergoing a home kitchen inspection, having two sets of refrigerators and freezers, as well as separate dry food storage. At present in this state, cottage food ingredients cannot be stored with ingredients used for household consumption.

The current law also bans sales on-line or by phone and restricts sales only to farmer’s markets and roadside stands. The City of Albuquerque totally bans cottage food sales, and Native Americans, living on reservations in New Mexico, are also effectively banned from cottage food sales, as well. The result is devastating to those who want to make a living and cannot otherwise do so and, instead, have to go without any income. Another unintended side effect is illegal selling, which is rampant and dangerous to public health because goods are being produced and sold without any regard for regulations whatsoever, without proper labeling and without the makers’ having taken a food handler’s safety course.

There is HOPE! After HB177 was introduced, the Institute of Justice, got involved and helped negotiate amendments that made all sides happy.

The bill’s co-sponsors included Representative Zachary J. Cook, a Republican representing Lincoln and Otero Counties, and Representative Marian Matthews, a Democrat representing Bernalillo County. Erica Smith helped them guide the bill, which was tabled once, through many meetings with the New Mexico Department of Health and others who were opposed, the amendments brought the bill back to life.

HB177 passed both the House and the Senate with overwhelming bipartisan support. The next step is the governor’s signature. All 2021 bills must be signed before April 8, and any bill not signed by then is effectively vetoed and does not become law.

What exactly does HB177 do for the cottage food market in New Mexico? It eliminates the requirement for a license and inspection by the state. It eliminates the requirement to store foods separately and to submit an engineer’s drawing of home plumbing. It allows on-line and phone sales. It allows for shipping goods within the state. HB177 applies to all shelf stable foods like breads, donuts, cookies and other baked goodies, as well as certain canned foods. Sales of time-sensitive and temperature-controlled foods that contain ingredients like meat are still not allowed under this bill.

HB177 lifts current barriers for Native Americans living on reservations, and it prevents local municipalities from banning cottage food sales, which will open up this market for residents of Albuquerque.

HB177 does require cottage food producers to take a food handler’s safety course like ServeSafe, which is available online, is good for three years and costs around $15. The cottage food producers in states that already have laws similar to HB177 have proven that the consumption of homemade goods is very safe. Food-poisoning and other related illnesses are extremely rare.

Food freedom means more than economic freedom to producers. Food choice for consumers is a huge benefit. Think about foods that are simply unavailable in your area. Cuchillo, where I live, does not have a bakery, so my sourdough bread and other baked goods will help to satisfy an important local need.

Consumers really like to know where their food comes from and, with supportive laws like HB177, they get to meet the person who made their food face-to-face and talk to them. They will know that what they are purchasing is fresh and not full of unhealthy fillers and preservatives.

In times when grocery store shelves are empty, cottage food producers can fill in some of the gaps. Farmer’s markets will thrive because their vendors will be able to satisfy their customers’ desire for variety and healthy options. If signed, HB177 it will take effect July 1—just in time for our national birthday celebrations and for most of our farmer’s markets season.

I reached out to Representative Dow for comment, and she sent back this message: “By passing 177, New Mexico ag innovators have opportunities to safely explore new products without outrageous upfront costs. If anyone is looking for a ‘taste tester,’ I’m in!”

Representatives Dow, Cook and Matthews, you all have a standing invitation to taste-test anything I bake. Thank you for your efforts to make our lives better. Thank you for doing what is best for the citizens of New Mexico and reaching across the aisle to get HB177 passed.

Amy Gants and her husband Mike own a small pecan orchard in Cuchillo, NM. Amy is currently a student at Texas A&M and is pursuing her master’s degree in energy and environmental law. She is also an experienced baker, having started a small home-based baking business while living in North Dakota and Wyoming.