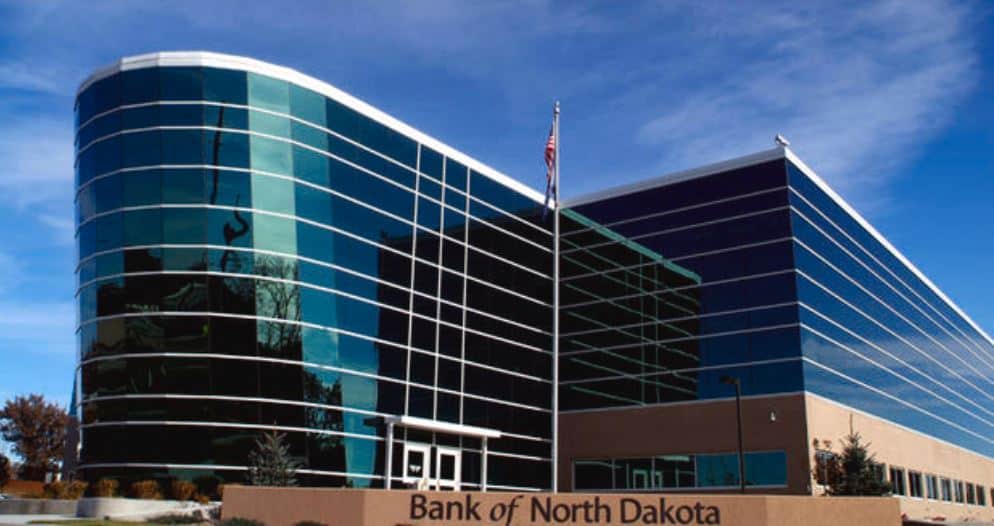 North Dakota's century-old public bank has contributed to that state's high national rankings in the categories of opportunity, infrastructure and financial stability. Photograph courtesy of the Alliance for Local Economic Prosperity

In payday lenders per capita, that is.

According to a study by California State University, Northridge, we have almost 10 times more payday lenders than we do McDonald’s restaurants.

Payday lenders are one of the worst forms of predatory capitalism, charging exorbitant interest rates on loans to desperate people.

Meanwhile, we are near the very bottom in U.S. News & World Report state rankings for education, economy, opportunity, fiscal stability and crime. And we are dead last in overall childhood well-being, according to the Annie E. Casey Foundation.

Not surprisingly, the Kaiser Family Foundation ranks us No. 1 for suicides per capita.

And all that data was pre-COVID-19, which knocked our struggling state to its knees, leaving us gasping for breath.

The root of these systemic problems is the same: lack of economic development. If we raise our standard of living, almost every other issue will begin to solve itself.

But how do we bring more money into our state?

One solution proposed by the Alliance for Local Economic Prosperity is as simple as it is elegant: a public bank.

A what? I thought all banks were public.

I’d never heard of that concept until recently, and at first glance I’d rather watch a Zoom presentation on dental decay over an unstable internet connection than read about public banking.

Still, it’s an idea that has worked successfully in North Dakota for over 100 years.

With assistance from its public bank, North Dakota is ranked No. 4 in opportunity, No. 5 in infrastructure and No. 13 in fiscal stability by U.S. News & World Report. New Mexico should follow North Dakota’s lead.

A public bank isn’t a bank for individuals. It’s a banker’s bank created by the state. It doesn’t compete with community banks and credit unions. It partners with them in providing loans.

We deposit our state tax dollars with Wells Fargo Bank, and our money is then invested almost everywhere but here. When our state needs loans to finance infrastructure projects, we borrow money from Wall Street bond companies, paying interest and fees for the privilege.

In short, it is a form of state economic extraction that perpetuates the cycle of poverty.

A public bank could change that.

With a New Mexico Public Bank, we could deposit a portion of our tax dollars there. That money would then be loaned out for local economic development to businesses through community banks and credit unions and to our cities, counties and state for infrastructure projects.

The interest and fees generated by those loans would produce revenue that we can loan out again, creating a virtuous cycle of economic development.

Despite the economic hardships New Mexico faces, we have the money to do this right now.

By investing $50 million of the Severance Tax Permanent Fund to capitalize the bank and starting with $50 million in revenue deposits, conservative estimates suggest a New Mexico Public Bank could be lending more than $500 million locally within five years.

A public bank for New Mexico could help improve the lives of all New Mexicans. And that includes you. Because never forget—your income is from someone else’s spending. No matter how rich or poor you are, that rule is impossible to break.

If we perpetually sell out our state to the special interests who oppose a public bank, such as payday lenders and the global banks, we would be shooting ourselves in the foot during a time when we need solid footing more than ever.

Let’s not stay at the bottom forever.

Doug Lynam is a partner at LongView Asset Management in Santa Fe and a former monk. He is the author of “From Monk to Money Manager: A Former Monk’s Financial Guide to Becoming A Little Bit Wealthy—And Why That’s Okay.“