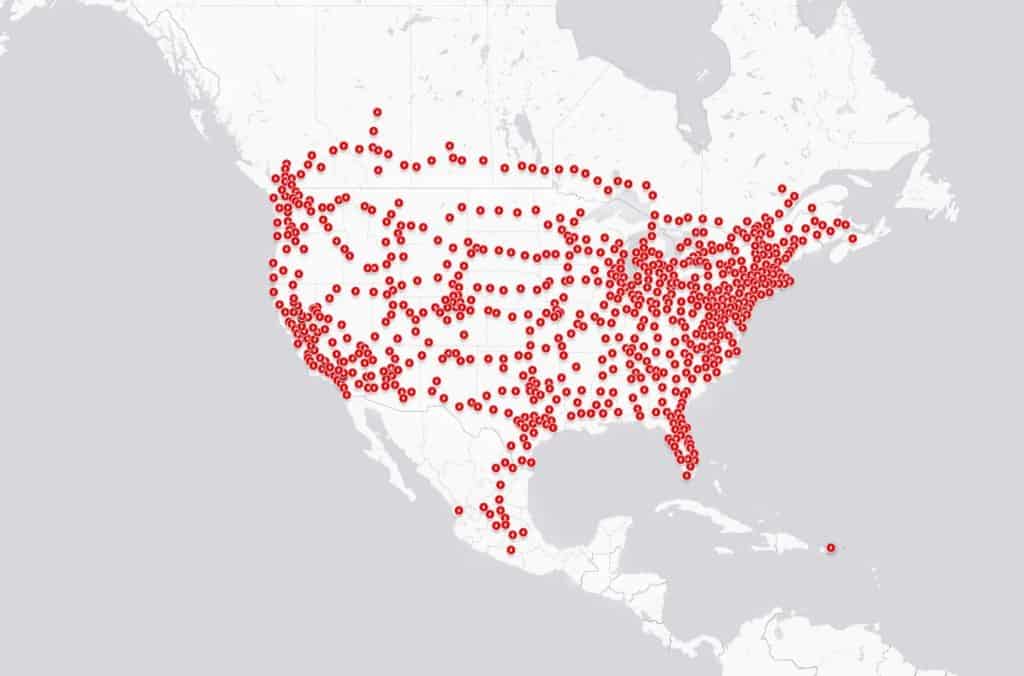 Map of Tesla Supercharger stations, offering a recharge of up to 200 miles in 15 minutes. Source: tesla.com

I feel strongly that T or C needs EV (electric vehicle) charging stations. Ideally, an EV owner should be able to drive from here to Albuquerque with a full charge. I’m disappointed that the city is planning for Level II chargers, though. They need to be Level III or DC Fast Charge. I live in an apartment where charging an EV is not possible, so I have been postponing the purchase of an EV until the city’s charging stations become a reality. I asked the electric department about charging stations many months ago, so I knew these were in the works, and I hoped for Level III.

Level III charging stations cost more up front to install, but they will get more use. If there’s a charging fee, more fees will come in. A slow, overnight charge will fail to meet the needs of tourism and the needs of residents who can’t charge at home. A tourist stopping in town doesn’t necessarily want to charge overnight. A resident who needs to charge her car may not be able to access a charger if visitors or other residents are using them for eight hours or so at a time. A car like the Chevy Bolt, which has a substantial battery capacity, would take from 8.5 to 10.5 hours to reach a full charge on a Level II. Fast charging allows more people to use a charging station in a day, allows visitors to charge while they dine or shop, and allows residents to do the same.

As I planned how I might travel as an EV owner, I instantly realized that my entire route will have to be based on charging stations. Level III charging stations, that is. If we don’t have them, the ever-increasing number of EV owners won’t put T or C on their routes. If they see Level II listed on the Energy Department’s Alternative Fuels Data Center, or on Plugshare, or any of the other mapping and routing tools, they still might bypass T or C unless they are at the end of their battery’s range or already planned to stay overnight. Will businesses seeking to draw EV owners start placing ChargePoint or other commercial fast-charging stations on their property? I would pay the modest fee for a charge at such a station. It’s still cheaper than gas. And I don’t like the idea of having to leave my car somewhere for a full day or overnight. I would rather see Level II than none at all, but there are major drawbacks to this choice, and significant advantages to a Level III.

Patty Kearney is a T or C resident.