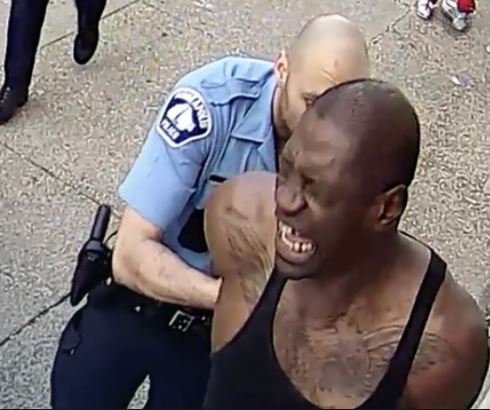 The New Mexico Civil Rights Commission is recommending a new law be passed that makes it easier to sue public employees for civil rights violations. The Sierra County Commission passed a resolution Nov. 17 opposing this reform, primarily because they fear it could drain public coffers.

Legislation creating the Civil Rights Commission, as well as requiring law enforcement officers to wear body cameras, was spearheaded during the special session in June by Governor Michelle Lujan Grisham, “in light of an ongoing national reckoning on unnecessary excessive force by police officers,” states the governor’s website.

Nationwide, police brutality protests were ignited by George Floyd’s death on May 25. He suffocated as a Minneapolis police officer knelt on his neck, while other police officers stood by, a scene captured by witness video.

The nine-member Civil Rights Commission was charged with considering a law to create a “civil right of action for violations of state constitutional rights,” the governor’s website states. It met eight times between August and Nov. 13, the date of its last meeting. In order to be available to the legislature in the upcoming session, the commission won’t be disbanded until March 2021.

Citizens anywhere in the United States may file a federal lawsuit for civil rights claims as proscribed in U.S. Code Title 42, Section 1983. However, the law forces plaintiffs to first pierce law enforcement officers’ “qualified immunity” by matching past federal case law to their specific circumstance. Borne out by recent studies by the Cato Institute, this is a very high bar.

Before joining the firm, Baker served as an Assistant United States Attorney for the District of New Mexico. According to the firm’s website, his primary responsibility was prosecuting all criminal civil rights cases in New Mexico.

“The United States Constitution protects important rights,” Baker wrote in the executive summary, “and Congress long ago enacted a statute that provides a remedy when those rights are violated. The New Mexico Constitution also recognizes fundamental rights that protect the people from government overreach or abuse. But today—over 100 years after statehood—New Mexico still does not have a statute that allows the victims of state constitutional violations to recover in court. A majority of the Commission recommends that the Legislature fix that problem by enacting a New Mexico Civil Rights Act (“the Act”) that:

“1. Provides a cause of action allowing people to enforce the fundamental rights the New Mexico Constitution guarantees and recover for the deprivation of those rights;

“2. Specifies that qualified immunity will not be a defense to claims brought under the Act;

“3. Allows for compensatory but not punitive damages;

“4. Allows those who prevail in a case brought under the Act to recover reasonable attorney fees; and

“5. Specifies that, consistent with New Mexico’s current law under which the state and local governments defend and indemnify their employees, public employees and officials will not bear the personal risk or responsibility for paying a judgment or settlement under the Act.”

The Sierra County Commission tasked county staff with drafting an opposing resolution, according to County Manager Bruce Swingle. It was approved unanimously at the commission’s monthly meeting in November.

Counties throughout the state had been urged to protest the proposed legislation by the New Mexico Association of Counties, said Sheriff Glenn Hamilton in a Nov. 13 interview with the Sun. Hamilton sits on the New Mexico County Association’s board.

Among other services, the association pools counties’ funds to create a self-insurers fund. It provides liability insurance for 29 of the state’s 33 counties. It also handles Sierra County’s litigation as part of its risk management insurance policy, said Hamilton.

Association Attorney Grace Philips wrote a letter to the Civil Rights Commission on Oct. 20 stating: “Creation of a sweeping new cause of action with uncapped compensatory damages, punitive damages, and attorney fees has been billed as a method for creating accountability and forging change. The cost will fall to the taxpayer in the form of increased taxes and reduced services.”

“Preliminary analysis,” Philips stated, “indicates that the annual cost to counties to pay for judgments, settlements, and attorney fees would increase from 50 percent to 75 percent annually, even if no new claims are filed,”

In addition to the cost factor, the county resolution echoes Philips in arguing carve-outs in the state Tort Claims Act allow law enforcement officers to be sued, making a civil rights cause of action unnecessary.

The exemptions are in section 41-4-12 of the Tort Claims Act, titled “Liability; law enforcement officers,” which states: “The immunity granted pursuant to Subsection A of Section 41-4-4 NMSA 1978 does not apply to liability for personal injury, bodily injury, wrongful death or property damage resulting from assault, battery, false imprisonment, false arrest, malicious prosecution, abuse of process, libel, slander, defamation of character, violation of property rights, the independent tort of negligent spoliation of evidence or the independent tort of intentional spoliation of evidence, failure to comply with duties established pursuant to statute or law or any other deprivation of any rights, privileges or immunities secured by the constitution and laws of the United States or New Mexico when caused by law enforcement officers while acting within the scope of their duties.”

The exemptions do not create comprehensive civil rights protections, Baker said, “and are not good enough.”

Claims that county insurance will go sky high or become unobtainable for law enforcement officers altogether were not proven by witnesses brought before the Civil Rights Commission, the executive summary states. The proposed legislation did take cost into consideration, however, by excluding punitive damages from the new law, the summary states. In any event, cost concerns are not reason enough to block civil rights legislation, Baker said.

Hamilton, in interviews on Nov. 13 and Nov. 16, said it was “predictable” the Civil Rights Commission would recommend a bill similar to one circulated but never introduced by New Mexico House Speaker Brian Egolf during the June special session.

Hamilton decried the lack of substantive stakeholder input at the commission hearings, which were conducted virtually, enabling the commission to control the agenda and the witness list, while limiting public comment. The video of the Oct. 23 meeting, mounted on the commission’s website, appeared to have been edited, with dead air time interrupting key testimony, and ending abruptly before the final vote was taken on whether to approve the legislation.

Governor Grisham chose three of the nine Civil Rights Commission members, and the other six were chosen by the Legislative Council, chaired by Egolf, who withdrew his civil rights legislation after the governor requested that a commission be formed to study the issue, Hamilton pointed out.

“All of the governor’s committees have been like that,” Hamilton said. “It was the same thing with the ‘Red Flag Law’ and cannabis committees,” he said, referring to the bodies that recommended a legal process for removing guns from persons deemed a threat and the legalization of recreational marijuana. They, too, controlled the agenda, timetable and “subject matter of testimony they would listen to,” he claimed.

The Sierra County Commissioners acted with equal dispatch in passing the resolution protesting the proposed civil rights legislation. The commission held no special hearing to plumb the public will or hear expert testimony before taking a position, and the short notice that the resolution would be considered at the Nov. 17 meeting limited the public’s ability to marshal comment.

After complaining about state government’s imposing its will on local government, County Commissioner Travis Day excused the commission’s unilateral decision to oppose the civil rights legislation with the claim: “We know what is right for our people.”

TAGS: law enforcement | policies & practices | public boards
Share this:
author
Kathleen Sloan is the Sun’s founder and chief reporter. She can be reached at kathleen.sloan@gmail.com or 575-297-4146.
DON’T MISS!