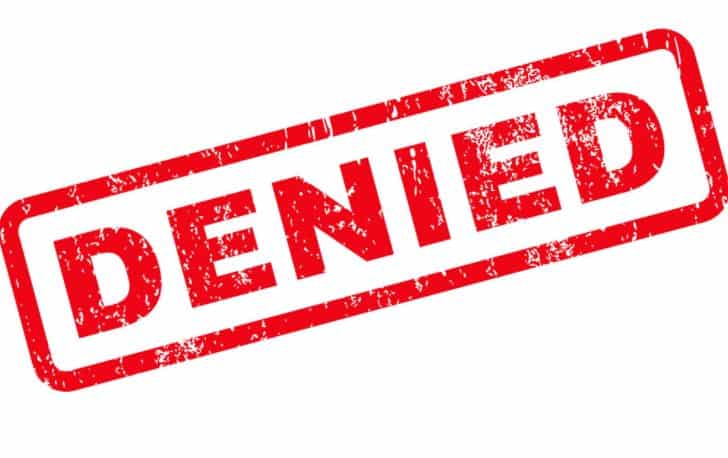 Three Truth or Consequences residents who in December appealed the city’s decision to install smart meters to take electricity readings at their homes received certified letters from city staff on Jan. 4, denying their appeals.

The nearly identical letters informed Ron Fenn, Ariel Dougherty and Lee Foerstner they could next appeal to the city commission.

All three residents told the Sun they intend to take their appeals on to the commission.

The appeal process for smart-meter installation falls under city code 14-30 (e), which states: “Any person disputing a disconnect notice or other action related to utility service, will be provided a reasonable opportunity to appeal within the department, then to the City Manager, and if dissatisfied with the City Manager’s decision, to the City Commission in accordance with written procedures established by the Electric Department.”

Foerstner, in an interview with the Sun, noted that the letter combined the first two parts of the appeal process. “They skipped the second step,” Foerstner said.

By signing the certified letters along with Madrid, Easley showed that his decisions to deny the three appeals were not made independently from that of his superior. According to city code 14-1, the city manager can hire and fire the utility director at will, “without the City Manager having to provide notice and hearing prior to removal.”

Furthermore, Foerstner noted, the allotted time to appeal to the city staff was 15 days, but city staff shortened the appellants’ time to submit their appeals to the city commission to one week.

Before he filed his 27-page appeal to city staff on Dec. 22, Fenn requested the “written procedures established by the Electric Department.” The city responded: “No such document exists.”

The lack of consistent or written procedures means the city can decide what constitutes due process on a case-by-case basis, Fenn said.

Fenn’s confrontation with the city began after he refused the installation of a smart meter. He subsequently received a disconnection notice, informing him that he had 15 days to appeal. He filed his appeal three days before the deadline. The next day, Easley, accompanied by city police, removed Fenn’s analog electric meter, which shut off his power two days before his 15 days were up.

Madrid turned Fenn’s electric power back on about a week later—after New Mexico Assistant District Attorney Gideon Elliot interceded, informing Madrid the city was not following the due process laid out in the 15-day disconnection notice.

Madrid did not acknowledge due process was violated in a follow-up letter to Fenn. The letter explained Fenn’s electricity was turned on because it was the city’s “policy” to keep customers’ utilities on “during the holiday season.”

This, too, is an unwritten policy that allows the city manager to determine when the holiday season is over, Fenn noted.

Next steps unclear to appellants

In interviews with the Sun, Fenn and Dougherty said the lack of proscribed due process leaves them fearful the city could move to disconnect their electricity at any time.

Neither official had responded by press time.

City code does not state the city commission’s decision may be appealed to district court, but state law 1-074 allows such appeals.

In their appeals, Fenn and Dougherty both stated they are recovering from cancer. They each cited World Health Organization and American Cancer Society warnings that radio frequency transmissions, such as those emitted by the city’s smart meters, are “possible carcinogens.”

Foerstner’s appeal explained his wife suffers from multiple sclerosis. He told the Sun he cited in his appeal a 1974 U.S. Department of Defense study, which “shows electromagnetic radiation causes damage to the circulatory and nervous systems.”

Landis + Gyr is not an independent source, Foerstner said, since it will be paid over $1 million to install the city’s smart-meter system.

Monnerie also provided an internal Landis + Gyr document dated 2011 that the city staff included in their denial letters. Titled “Talking Points,” the document acknowledged that the World Health Organization has characterized “radio frequency electromagnetic fields associated with wireless phone use as possibly carcinogenic to humans.” However, it argued that research “suggests that RF emissions are found at significantly lower levels in smart meters than other products.” It goes on to provide a list of “reports and comments” on radio frequency transmissions.

Taking Landis + Gyr’s documents at face value, Madrid, Easley and Rubin state in their denial letters “the city considers the installation of ‘smart meters’ to be safe and effective.”

In their appeals, Fenn and Dougherty both pointed out the city has exempted other electric customers from having to install smart meters.

The Sun has since submitted two Inspection of Public Records requests for lists of the exempted businesses. Each time the city has responded: “No such document exists.”

Easley, Madrid and Rubin did not address Fenn’s and Dougherty’s arguments that these selectively granted exemptions are inequitable and discriminatory.

TAGS: crises and controversies | policies and practices | utilities
Share this:
author
Kathleen Sloan is the Sun’s founder and chief reporter. She can be reached at kathleen.sloan@gmail.com or 575-297-4146.
DON’T MISS!

Cops and Electric Department Director Easley descend on community activist Fenn, leaving him without electricity and in the cold

City Manager Madrid denied Fenn his right to appeal the city's mandate that all residential electric customers must allow the installation of smart meters at...

A letter sent to City Manager Morris Madrid and copied to the city commissioners by Gideon Elliot, assigned to the AG’s consumer and environmental protection...